Singapore is a land of many firsts. The first sip of a cherry lipped Singaporean sling, to a deep dive into an infinity pool 200m above the ground. Now, Singapore is home to the first collaboration between Bosch and Book An Artist.

The Bosch team commissioned artist Alvin to encapsulate start-up successors, Robert Bosch, founder of Bosch, and Steve Jobs, founder of Apple alongside the extraordinary Amelia Earhart piloting a red retro plane while the General Manager of Bosch, Karsten Rönner holds tight to the landing gear. The theme reflects the global nature of the business and Alvin’s portraiture skills. Bosch are a forward moving technology and services focussed company with keen interest in sustainability and innovation.

"We are motivated by the desire to develop products that are “Invented for life,” that spark enthusiasm, that improve quality of life, and that help conserve natural resources.”

It made sense that the key word behind this mural was “Inspiration.” Alvin is no stranger to working with big brands to create their vision having previously collaborated with Singapore Bank and Hospital. The Bosch mural came with its unique challenges; when asked how he over came them Alvin made particular mention to the mural surface.

“I was painting on a corrugated metal panel with undulating surfaces. And I only got to see how thick the bumps were on the first day of painting the wall. For this, I had to keep backing up about 10m away from the wall to check if the individual images were reading right.”

Alvin goes on to state that the tight turn around from concept to mural completion was a true driving force.

“Every project presents different challenges. For this particular mural, it was time. I only had 7 days to the launch of the new Bosch work space. This time included the concept designing phase too. There were many parties who had to agree with the design so the first thing I did was to make an agreement with the local team to cap the concept part of the project to 3 days, in which they totally agreed. This will allow me 3.5 days to work the magic.” 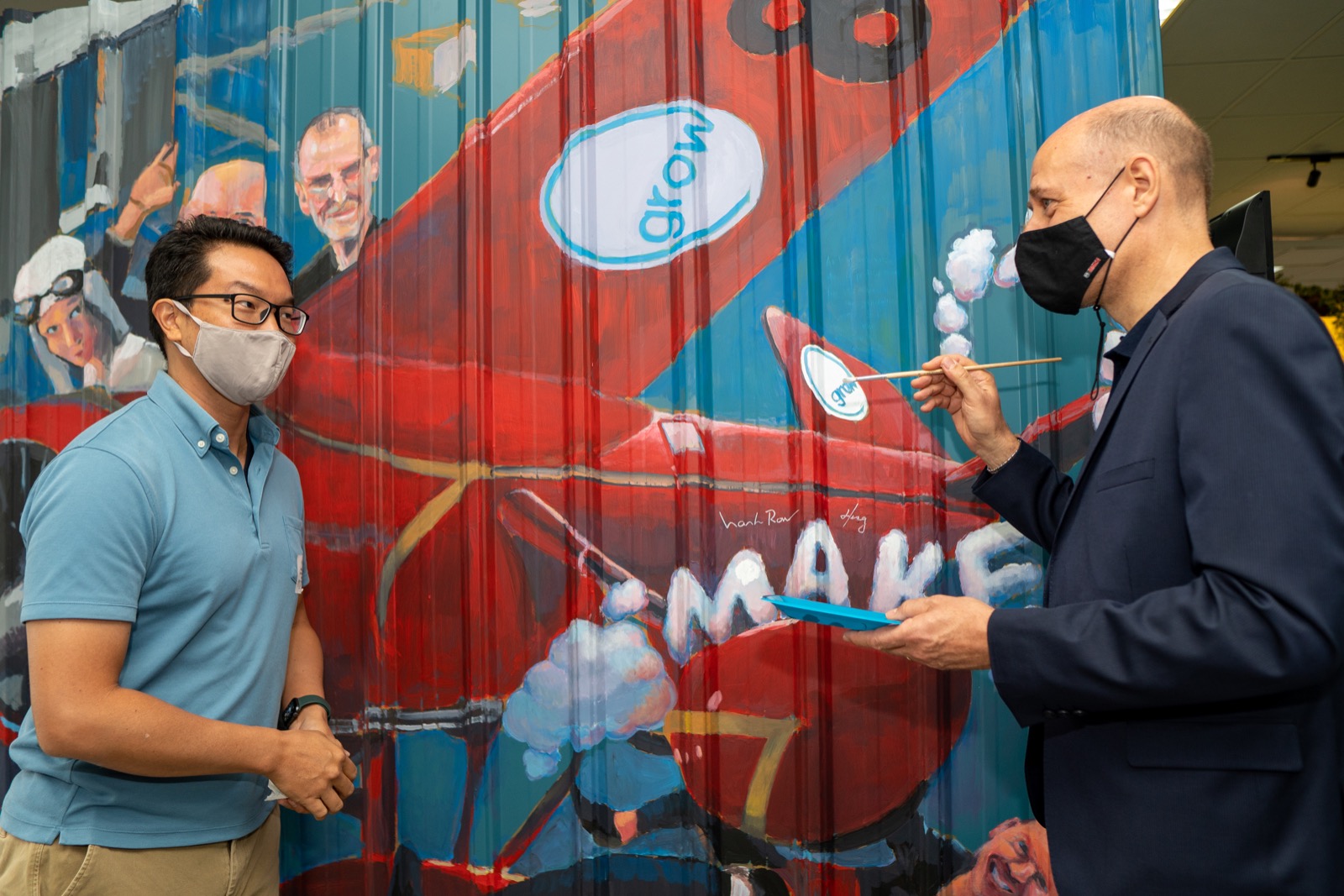 Alvin has been painting since he was the keen age of 3, but celebrates a professional career for 25 years. Being a trained graphic designer combined with participating in an atelier-like program in Florence, Italy; Alvin developed a new range of skills and knowledge when it comes to painting walls. When asked how he approaches mural work Alvin replied with his favourite aspects.

"I love the conceptual phase when designing a mural. After the client brief, meeting the wall, understanding its texture, the surrounding constraints (including the weather), comes the part where I design from from a blank slate to an idea piece that can next move and guide us to the next phase - the actual painting on the wall.”

Bosch Singapore is a quintessential and respected region of the Bosch global corporate chain,  when asked what Alvin’s highlights were working with such a respected company he emphasised 2 factors, the first relishes in working with a like minded team:

“The first was being able to work with the local team at Bosch Grow Hub. We were literally on the same page and thinking in the same frequency right from day one. This assisted greatly in allowing a smooth workflow despite the tight deadline. I was specifically tasked to come up with a female character for the concept on day 2, and when the team had gotten back to me, we realised that of all the inspiring ladies in history, we had that one same person in mind - Amelia Earhart.”

The second highlight for Alvin was meeting the Deputy Prime Minister, who watched on as the final touches were placed on the mural, Alvin describes the experience: “What a treat” 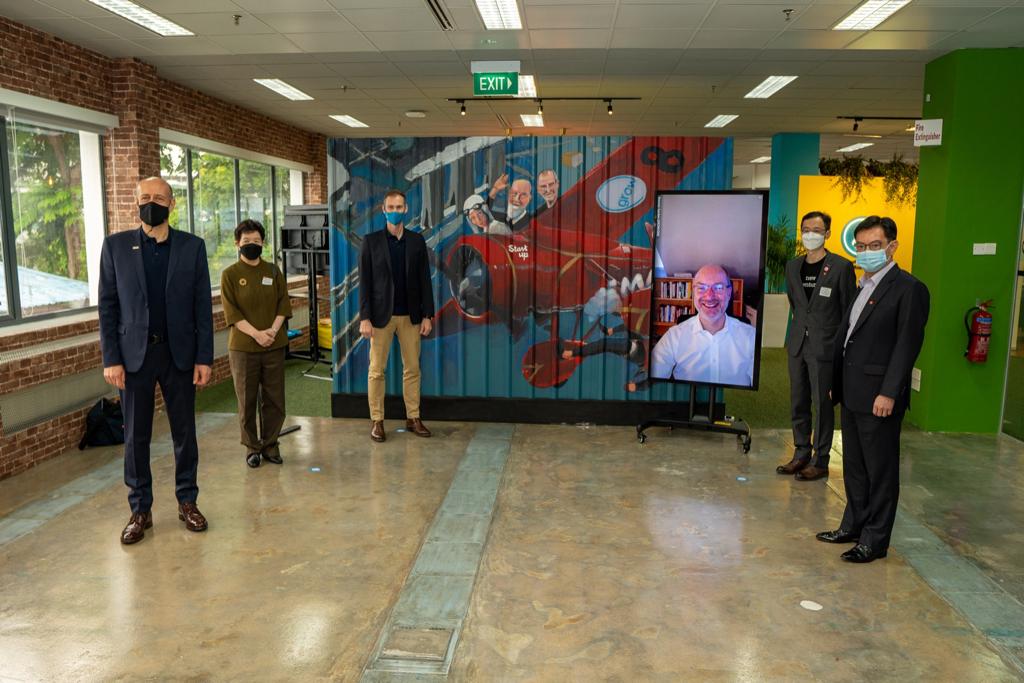 1. Pick one of our groovy graffiti artists. 2. Send them a message (they don't bite!) 3. Sit back, relax, kick up your feet and order a cocktail. We're here to do the hard work for you. 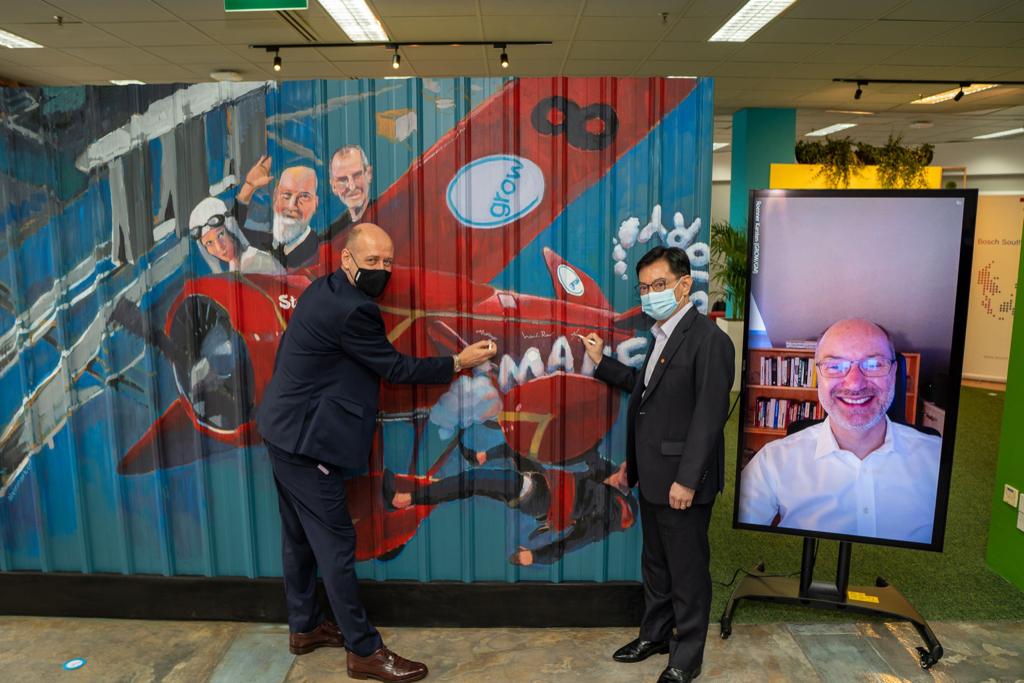 Book an Artist was born from our love of graffiti art. We are an online marketplace to find and hire graffiti artists, mural artists, street artists or illustrators - a platform for you to discover professional graffiti artists and speak with them directly to commission murals that are perfect for your space

Bookanartist was born from our love of graffiti art and a question, how can we bring this amazing street art into our homes and businesses? So we created Bookanartist, a platform for you to discover professional graffiti artists and speak with them directly to commission murals that’s perfect for your space.